Oscar Swartz nominated to Top 10 Who Are Changing the Internet 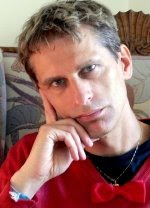 Last year I nominated Swedish foreign minister Carl Bildt to Politics Online's award "Top 10 Who Are Changing the Internet and politics" for his blog.

This year I chose to nominate Oscar Swartz, who was one of the frontmen of the blog quake that almost managed to defeat the Swedish government. I know that he was not alone, and I would have liked to nominate the entire Swedish blogsphere, but it was sadly not possible. But I guess Oscar is a worthy representative.

You will vote for him here.
Posted by Nils at 09:19 No comments:

I am back from a delighting vacation, spent at home in an unusually hot and sunny Sweden. This week I'm at the XV Nordic Political Science Association's annual conference, this time in near-Arctic Tromsö in northern Norway, presenting a pilot study on Facebook use and attitudes towards political mobilisation. More on that later.

From Politics Online (not yet on the web site) I learn that a popular movement against terrorism is forming in Pakistan. The Yeh Hum Naheen Foundation has managed so far to collect a staggering 42 million signatures, on paper and online, against the use of violence in the name of Islam. According to Politics Online, that is more than the number of voters in Pakistan's last general election.

According to the Foundation's website, the idea came from the UK based author and media consultant Waseem Mahmood. Yeh Hum Naheen means "this is not us".

It will be very interesting to see what effects this campaign will have on the political culture in Pakistan.